Reply To: What are your bees foraging on?

KEEPING USEFUL STRUCTURES ON PLANTS
Many plants, such as cotton, have sugar-secreting glands called nectaries both inside and outside of flowers. Many species of natural enemies feed on these sugars. Plant breeding has eliminated nectaries in some crops, and this is sometimes done to deny pests access to the carbohydrate resources. The decision to eliminate or retain nectaries needs to be based on studies of the net benefit to pest control of these structures. Plants (e.g., grapes) also often have on their leaves pits or pockets, called domatia, that provide physical refuges for phytoseiid mites. Varieties with domatia often have higher phytoseiid densities and fewer pest mites. Retention of such structures in new crop varieties may be important and should be an explicit part of plant breeding. 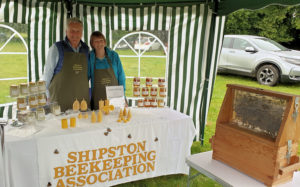